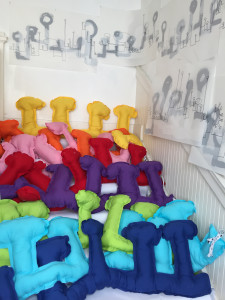 The Human Element is a powerful part of my discovery, questions, and work. From the metaphorical hand to the abstractness of the shapes  I put into it… we are change.

The shapes are people—who don’t look like people. The human element in my art. They are a symbolic shape that resembles, in the simplest form, a person, a body, the being not being. They just are. I document their Journey.

The idea of the crowd psychology has fascinated me for years. The minute I got my drivers license I was out as much as my parents would allow me to have the car. I went to Union Station, to Olvera Street, Chinatown, a variety of amusement parks around my area, and LAX… all to watch people and their dynamic.

The Crowd. Being in it, participating within its structure, navigating through it. Exploring if I walk quickly how do I find the path. Will it open up or do I say “excuse me” all the way through. Reactions.

To follow is an excerpt copied from Wikipedia about crowds.

Wikipedia: Biomorphism is an art movement that began in the 20th century. It models artistic design elements on naturally occurring patterns or shapes reminiscent of nature and living organisms. Taken to its extreme it attempts to force naturally occurring shapes onto functional devices.

Crowd Psychology: Crowd psychology, also known as mob psychology, is a branch of social psychology. Social psychologists have developed several theories for explaining the ways in which the psychology of a crowd differs from and interacts with that of the individuals within it. Major theorists in crowd psychology include Le Bon, Tarde, Freud & Reicher. This field relates to the behaviors and thought processes of both the individual crowd members and the crowd as an entity. Crowd behavior is heavily influenced by the loss of responsibility of the individual and the impression of universality of behavior, both of which increase with the size of the crowd 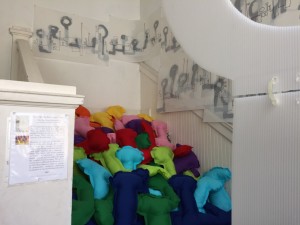 Shapes represent people within the crowd dynamic — that don’t look like people. They are shapes that resemble in the simplest form a person, body, the being not being. They just are. This is an episode in their Journey.

Diversity of color and shape bring the shapes to life, they mingle, they overlap, they share their energy and create a community. At this point they are on the same “path” together, be it a staircase or other. The black and white paintings represent an“otherness”, outsiders.
People who are not yet within the space the colorful crowd occupies. This group, crowd, have a different set of experiences as with them there is a constant  change of perspective, inclusion, exclusion, acceptance in the socialization of crowd.

Shapes are an element I use in my work. The human element that runs through it. 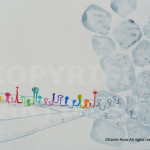 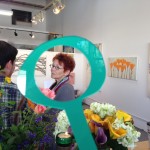 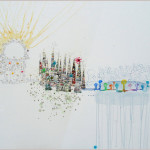 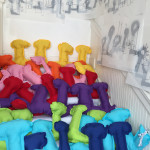 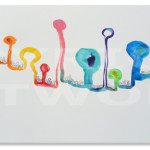 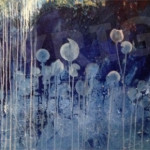 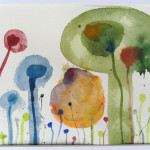 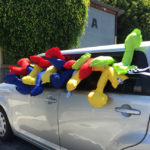 ENTER YOUR EMAIL and keep current with my website updates.I post about my new work, where I am showing and a general what's going on ...