About Ink & Clay and Its Origins 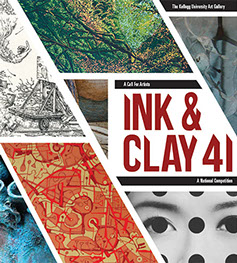 Established in 1971, Ink & Clay is an annual competition of printmaking, drawing, ceramic ware, clay sculpture, installation and mixed media utilizing any variety of “ink” or “clay” as a material. The exhibition is sponsored by the W. Keith and Janet Kellogg University Art Gallery of California State Polytechnic University, Pomona and is underwritten by the generosity of the late Col. James “Jim” H. Jones with additional support from the Office of the University President.

For the third time, Ink & Clay shall be open to artists working in all 50 states, making this a nationwide competition! Unique among exhibitions, Ink & Clay is annually celebrated and recognized by artists and collectors for its quality and diversity. 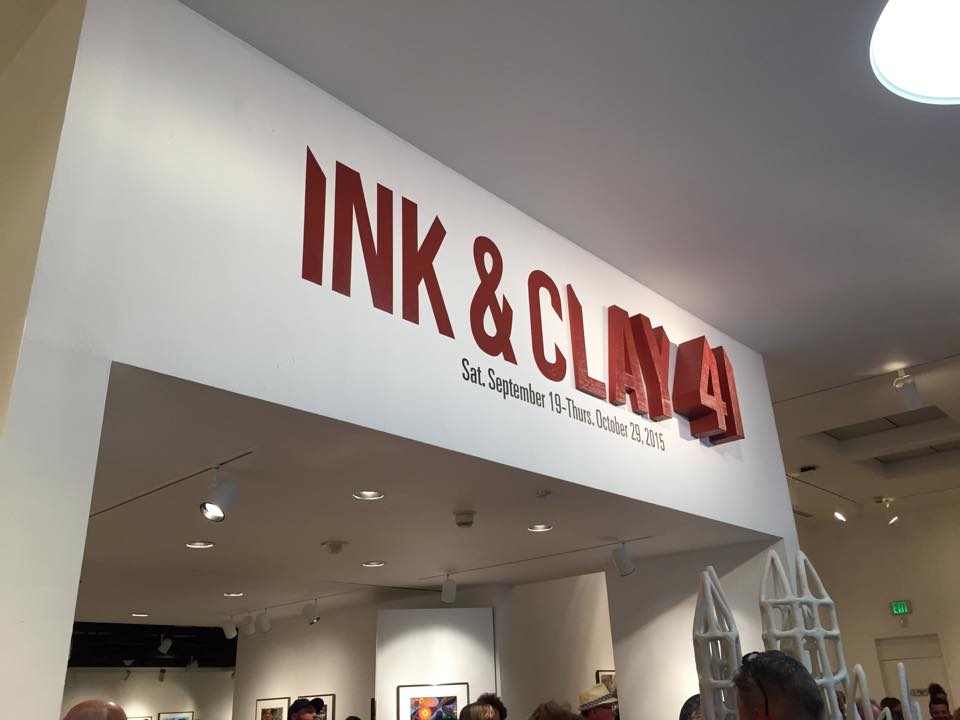 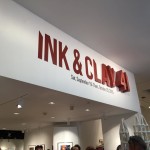 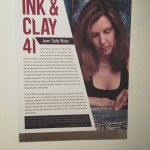 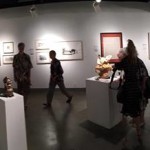 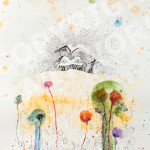 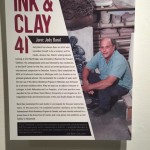 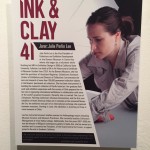 Jody Baral, Clay Juror
Jody Baral has always been an artist who considers himself to be a sculptor, and his media, always clay. Baral’s undergraduate training at CSU Northridge, followed by two residencies at the Banff Center for the Arts, and as an invited participant in an international symposium in Gmunden, Austria. Baral completed his MFA at Cranbrook Academy in Michigan with Jun Kaneko as his principal graduate advisor.His involvement for a number of years with the start up of the Bemis Residence Program in Nebraska was followed by a one-year residency there. After ten years as an adjunct instructor in colleges in both Nebraska and Los Angeles, a full-time position was awarded to him at Mount Saint Mary’s University in Los Angeles as Art Department Chair and Director/Curator of the Jose Drudis-Biada Art Gallery.

Baral has maintained his own studio in Los Angeles for the past 25 years. In the past year, he completed another residency at the Medalta International Artist Residency Program in Canada, and was recently selected for a group show at the Irvine Fine Art Center, and a one-person solo exhibition at LAX Gallery in Hollywood.

Cathy Weiss, Ink Juror
Cathy Weiss was born in New York City and raised in Los Angeles. She earned her BA in Art from the University of California, Santa Cruz and received a Fellowship in Printmaking from Pratt Institute for Graduate Studies. Weiss served as Exhibition Chair for the Los Angeles Printmaking Society and was the Founder and Director of LA PRINT SPACE at the Pacific Design Center. She has curated and organized numerous exhibitions. She co-organized a recent exchange show with Israel and is curating the upcoming exhibition, The Stories We Hold at the Mike Kelley Gallery in Venice, California. Weiss curated the Talking About Art Series for the Brand Library Art Gallery, Glendale California. She has shown both nationally and internationally.

In 2014-2015, Weiss participated in shows in Israel, Bulgaria and Puerto Rico as well as in Los Angeles. Weiss has two upcoming solo print installations this fall, 2015, one at the Craft and Folk Art Museum and one at LAX for the LA World Airports Exhibitions and Installation. She has received numerous awards and is in collections both in the US and abroad. Weiss is an educator and co-authors a blog for the Huffington Post. She lives and works in Laurel Canyon.

Julie Perlin Lee, Curatorial Juror
Julie Perlin Lee is the VP of Collections and Exhibition Development at Bowers Museum in Santa Ana where she began as a volunteer while finishing her MFA in Exhibition Design in 2006 at California State University, Fullerton. Lee holds a BA in Art History and a Certificate of Museum Studies from CSUF. At the Bowers Museum, she has held the positions of Assistant Registrar, Collections Assistant, Curator of Exhibitions and Director of Collections. Lee oversees the care and
research of more than 100,000 permanent collection objects in the Bowers’ permanent art collection. She has been instrumental in building the museum’s collection of Pacific Island art. Her graduate field worked and exhibition experience  with the country of Chile prepared her for her role in organizing international exhibitions in collaboration with some of the world’s greatest museums. Recently she co-curated The Lure of Chinatown: Painting California’s Chinese Communities, and the first ever exhibition of North American Indian art in Colombia at the renowned Museo del Oro; the exhibition was part of an international exchange she organized between museums. In June, the exhibition will travel to three or more museums in China.

Lee has instructed museum studies courses for Anthropology majors including Museum Science and Museum Practicum. She currently teaches Collection Management at Irvine Valley College. Additionally, from the years 2007–2009 she was the director of @Space Contemporary gallery in Santa Ana, she has served as a member and is currently the President, of the Grand Central Art Forum, a support group for the arts in Southern California.