My catalog summary of the work: I am a native Californian, born in downtown Los Angeles in 1949. My teen years were the 1960 and I was a “beach bunny”, surfer-chick. I loved Disneyland and can almost say I grew up there—I went so often in the 1950s. So with these statements framing my life, I am a true Southern Californian living the dream.

My artwork, “Big, Small California Dreaming” takes the viewer on a journey from the desert, to the mountains to the sea by way of the large yellow “sun” to the spikey collage peaks ending in the blue washes of the sea. The use of ink creates a joining of the energies/vibrations and the circle-on-a-stick shape I call PODs which are people and represent the “crowd-dynamic of habitation in and through and around the southern California landscape. Including tourists and locals alike, we explore and mingle together.

When I look at this piece its joyfilled vibration reminds me of the “its a small world” ride at Disneyland and the magic that ride represents. I remember when it made it’s debut at the park… I was there.

Exhibition traveling to the following venues:

The first of the 3 venues is in Italy… the Palazzo della Provincia di Frosinone in Frosinone, Italy.  The show dates are October 4 – 28, 2014. 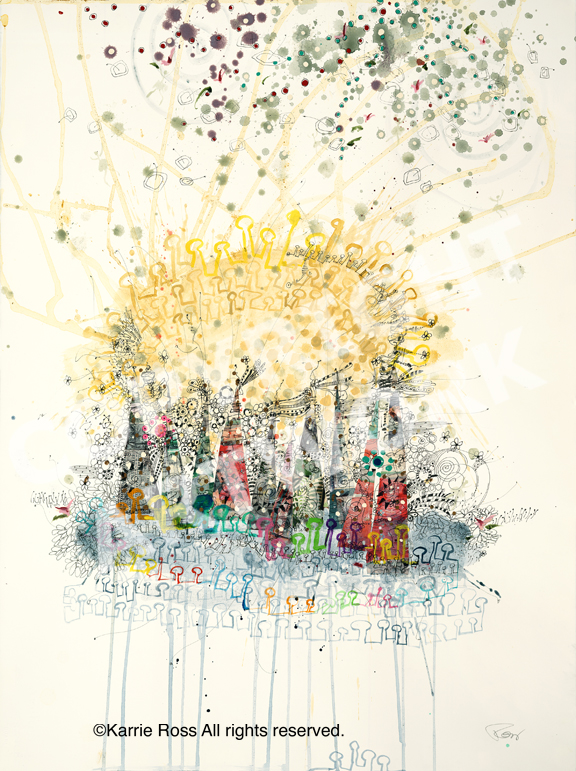 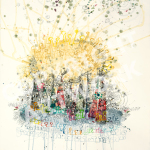 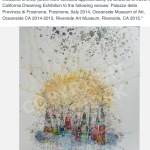 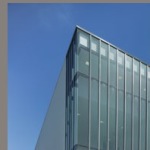 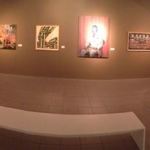