“City & Self” Group one day show curated by Mat Gleason who is also having an opening at his new gallery Sept. 14th … don’t miss it.

SOLD: the piece “City”  Thank you to the collector. 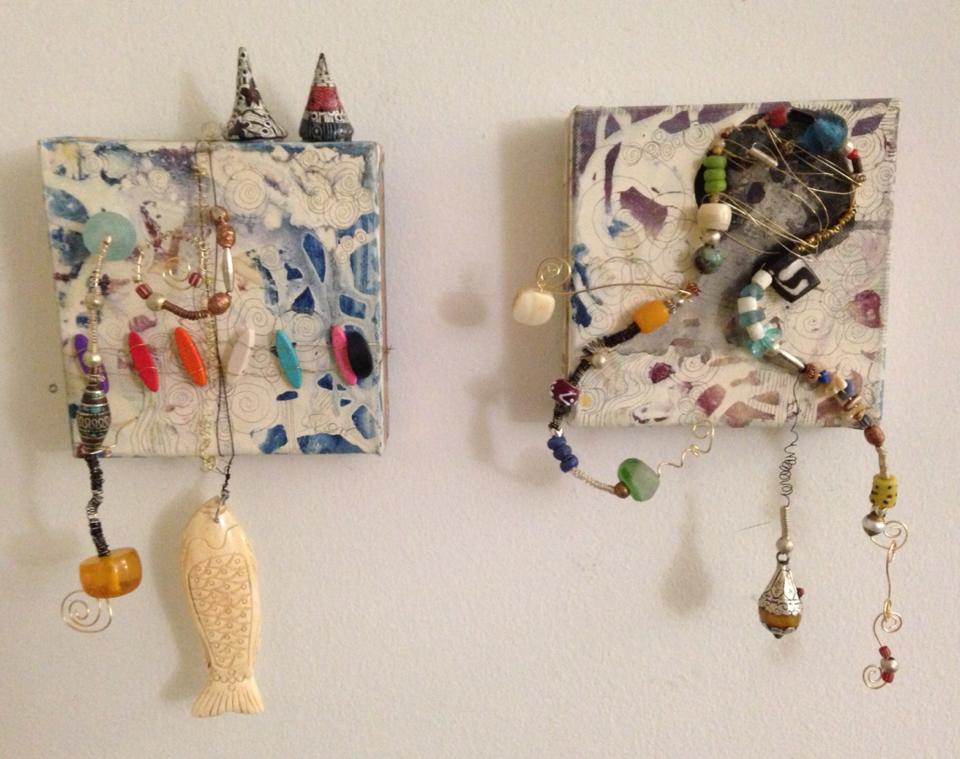 I will have two pieces in the one-night-only art event at Red Pipe Gallery, “City & Self” featuring 30+ LA artists who have created new works over a 3-week period to celebrate their experience of “life in the ‘city’ and the ‘self’ within it.”  A broad spectrum of perspectives, styles, and mediums will be on display. The show is curated by Mat Gleason.

Seems that every time I set out to paint a 6″x6″ it turns out really awful but the 8″x8″ did work. So when I was given the project of creating two… yes two 6″x6″ I nearly ran to the hills… I admit, I did at least 3 trys to no success then… I decided I didn’t have to take the theme literally and once the “box” was broken… “City & Self” just happened…

I chose to use a more collage / assemblage technique to example my feelings for “City & Self” instead of using my drawing or painterly styles. I used a mixture of mediums to further push the vibration of the art. The base was created in my standard form of layering oil, acrylic and pencil and then I topped them off with bead embellishments. I started adding beads to some of the art with my last series of “52 Hands” artwork and custom made hand necklaces, reflecting the appreciation of, and fascination with, “Hands” and the energy they create.

“Ross is well known for her respect of the energy that is in and around us on a daily basis. Her work joins in and enhances that vibration that we all carry with us deep within. As a point of connection to self and others…she is in constant query of “What is YOUR energy telling the world?”

“City” depicts from the mountains to the Sea and what’s in between and “Self” the beads reflect the many journeys traveled. Images are 6″wide with dangles adding about 5″ to height; oil, acrylic, beads on canvas.

ARTISTS in the Show: